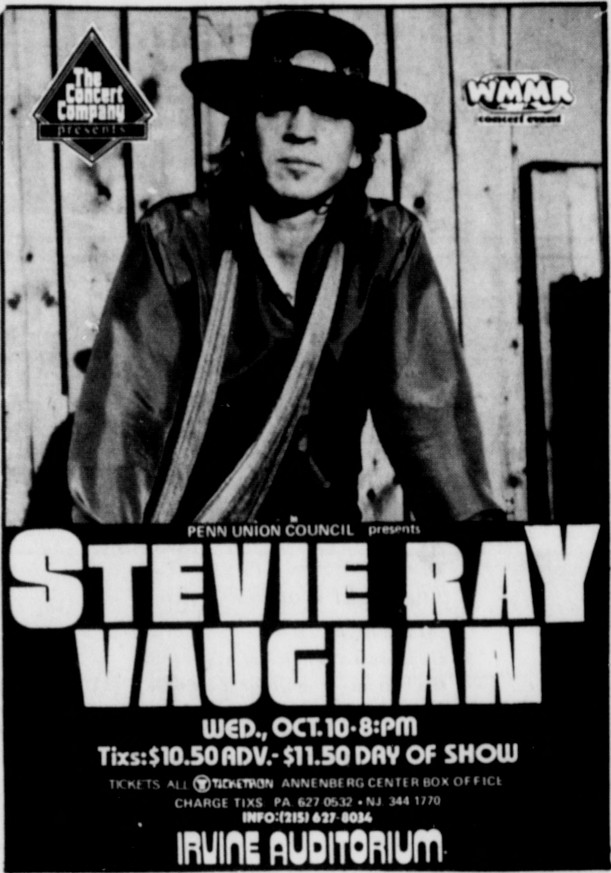 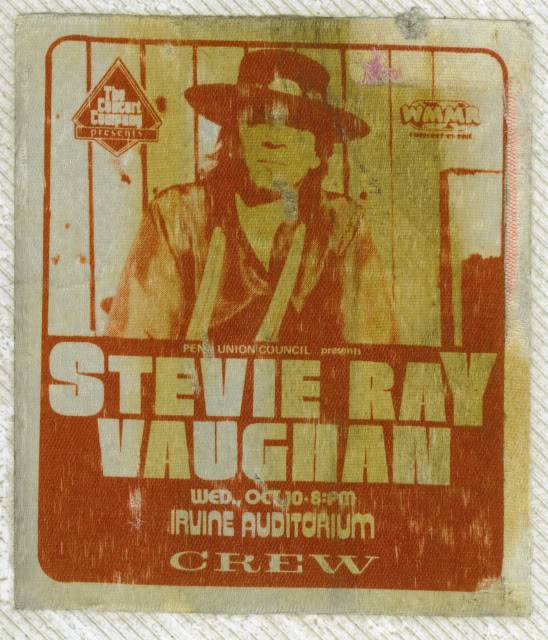 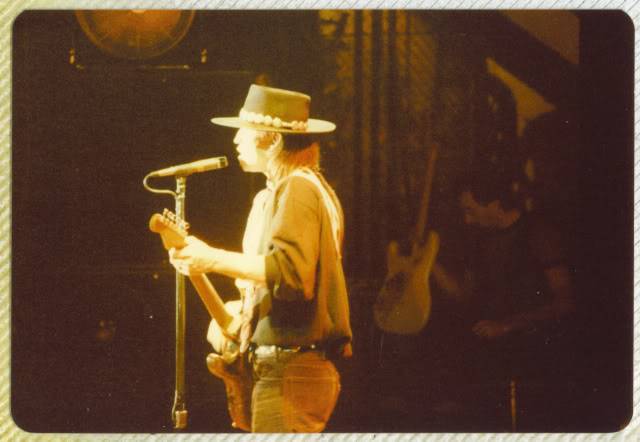 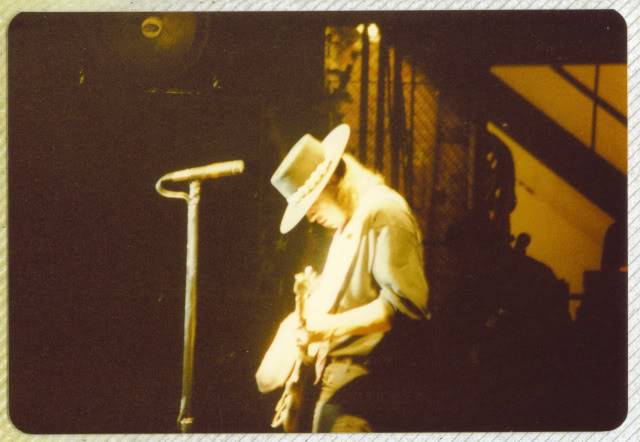 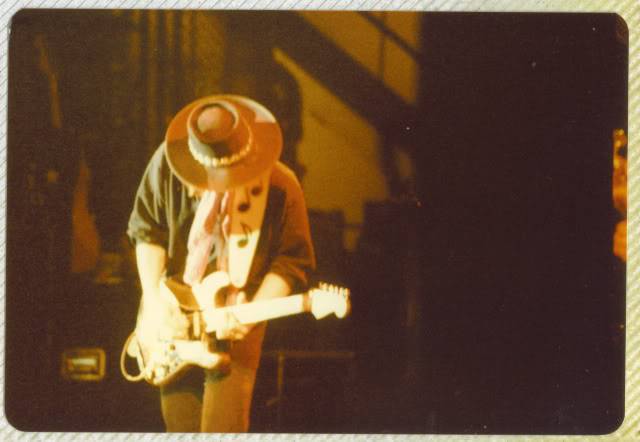 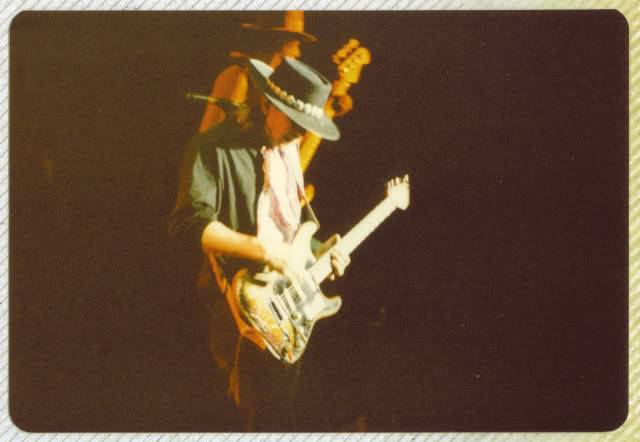 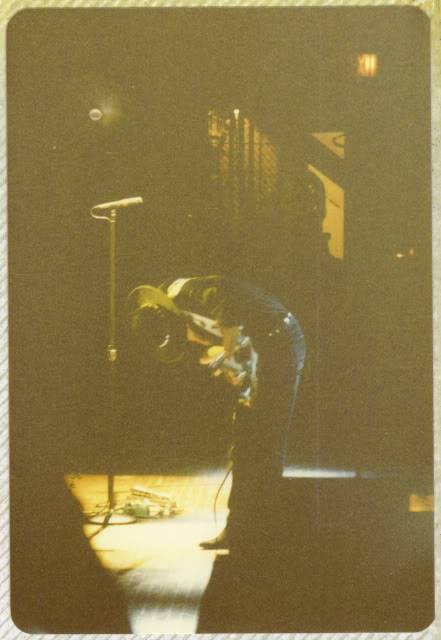 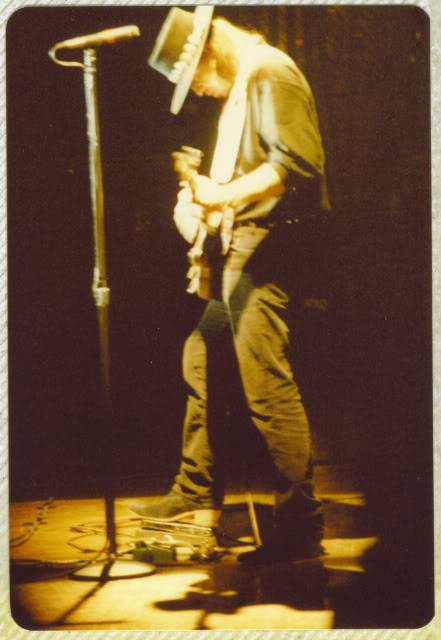 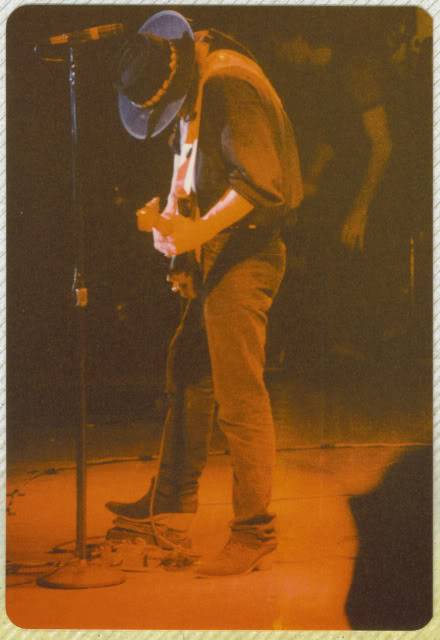 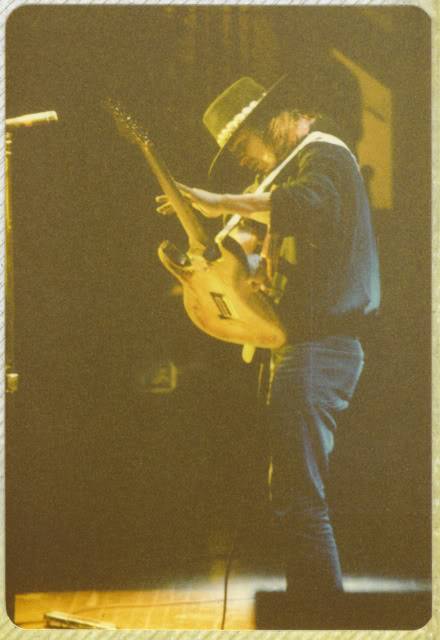 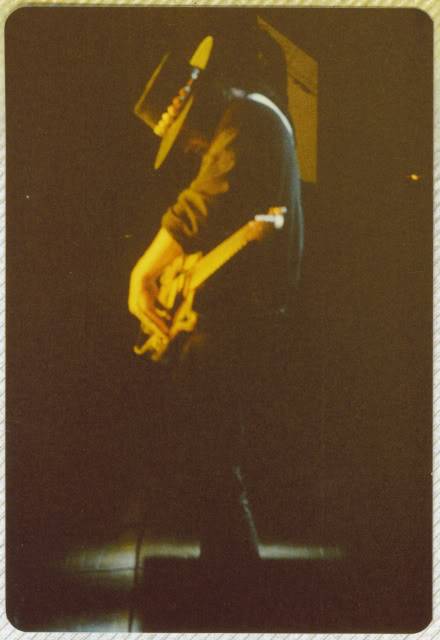 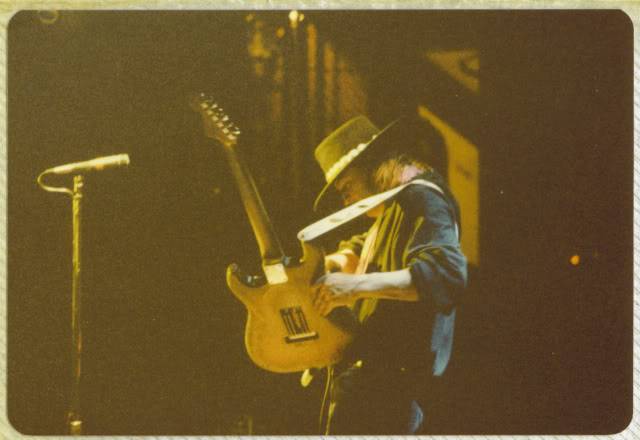 Steve Wachman, stagehand: "I was working that night as a stagehand, employed by the Pennsylvania company I worked for at the time, Cina-Sound, now long defunct. After sound checks, the band needed a ride to their hotel for dinner and showers, and guess who was asked to drive them? So I'm driving Stevie Ray Vaughan and Double Trouble from Irvine Auditorium to their hotel. In the middle of hysterics in my Ford wagon, 'Let's Dance' came on my radio. SRV almost jumped over the front seat and screamed, 'Hey dude, turn that up man! That's me!' I did so and asked if he was kidding. It had just come out but I was temporarily off Bowie after he went commercial, so I didn't know... Stevie played air guitar in my back seat and made faces in all the right places. One of the nicest two hours I have ever spent. Those guys were so nice...

I was to stop back at the hotel at the appointed time to take them back to the gig, but the traffic was so bad, even though I left thirty minutes early to fetch them, I showed up about ten minutes after they summoned a cab back to the gig. I was even stopped for running a stop sign on the way to get them, by a Philadelphia uniformed goofball, which was the icing on the cake for me... I caught Stevie just as he was going on to apologize and he quickly threw me a 'Don't worry man. It's cool.'

As they played, I watched, sitting on stage left and pulled out my new used Minolta XG7 35mm camera I had just bought from a pawn shop for thirty-five bucks. I knew nothing about cameras, so I turned all the stops to dead center, focused and took nine or ten of the best SRV pictures I had ever seen.

During the gig, in between snapping pictures, I told my boss how sorry I was for being late and told him I wanted to apologize to Stevie's road manager. I was told to 'Forget it. He's pissed as hell at you. Just let it go.' Well, that was like an invitation to me, as I would have never slept again. So I approached Stevie's road manager after the gig and explained. He asked me to see the ticket, which I promptly pulled from my pocket for examination and the guy grabbed it from my hand. I was more than stunned when he slid me a stray smile and told me he would take care of the fine and I never saw or heard about that ticket again."