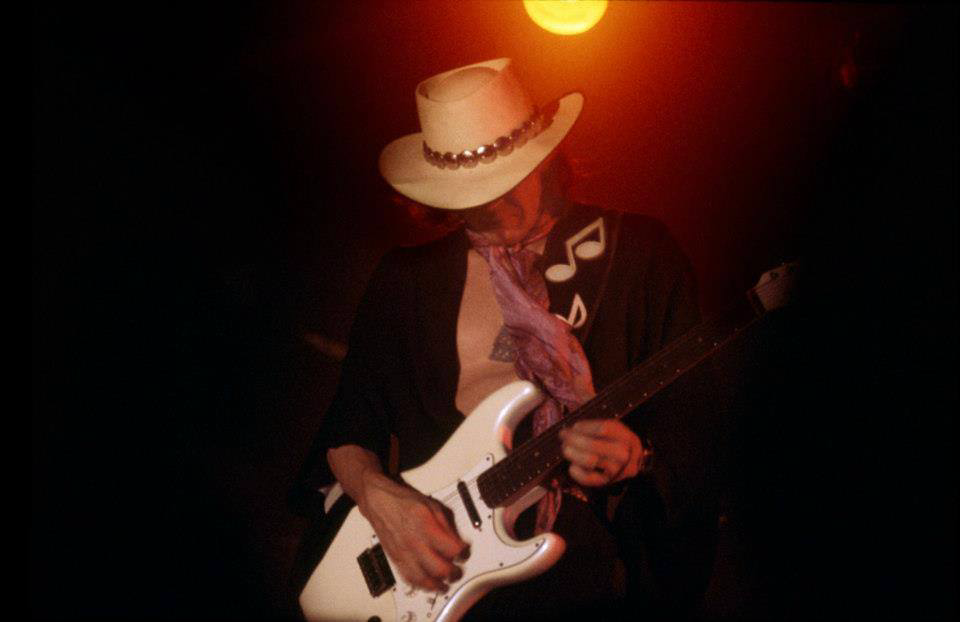 The expression "Man, he can make that thing talk" is often used to describe the emotive artistry of a gifted guitarist. But when Texas bluesman Stevie Ray Vaughan played for an overflow crowd of 1500 at the Channel Saturday, the total essence of his humanity - mind, body, soul - was conveyed. Stevie didn't just make his guitar talk, he made it breathe and bleed.

The night started cooking early for one negative reason, the lack of any air conditioning, and a more positive one, Danny Mo and the Exciters' opening set of percolating juke-joint R & B. The air was so thick and hot that when Vaughan and Double Trouble (drummer Chris "Whipper" Layton and bassist Tommy Shannon) hit the stage at midnight, the club was already a steamy cauldron of body heat and emotion, leading several people to discard shirts or pour drinks over themselves and each other.

But it was his version of Guitar Slim's "The Things I Used To Do" where Vaughan showed he is more than just a guitar hero with an impassioned Ray Charles-like vocal complemented by soaring, one-handed guitar fills. In fact, it's Vaughan's more confident singing and an improved studio sound that make his "Couldn't Stand The Weather" one of 1984's finest albums.

Vaughan then jettisoned the audience with a mind-blowing version of Jimi Hendrix's "Voodoo Chile (Slight Return)." Lacing the tune with quicksilver neck runs, whammy-bar feedback and amazing feel and control, Vaughan paid the highest form of tribute to his guitar hero by making the song his own just as Hendrix once did with Bob Dylan's "All Along The Watchtower." Playing with his palms, the back of his hand and holding the guitar behind his head, Vaughan made cliched flash-guitarist moves seem like revelations. Even while he carried on a casual conversation with bassist Tommy Shannon (a friendly but imposing figure who looks a bit like a young Sleepy LaBeef), Vaughan took full advantage of his fluid, on-the-beat rhythm section and constantly reeled off impossible flurries of whiplash riffs and killer solos.

Vaughan's stage rapport was hampered somewhat by a weak PA system that made his patter between songs inaudible beyond the first few rows. He was also a shy performer who usually hung his head as he played, hiding his face from a crowd eager to make eye contact with a truly gifted musician to whom they had opened their hearts.

But Vaughn [sic] has said that he isn't interested in being a star; that he holds higher value on life with his wife, Lenny, and the reciprocal emotional thrill the blues brings to a performer and audience - which was most evident when he ended the concert with the beautiful "Lenny," creating a sensually soothing waterfall of notes that cleansed the spirit and made one cherish loved ones even more.