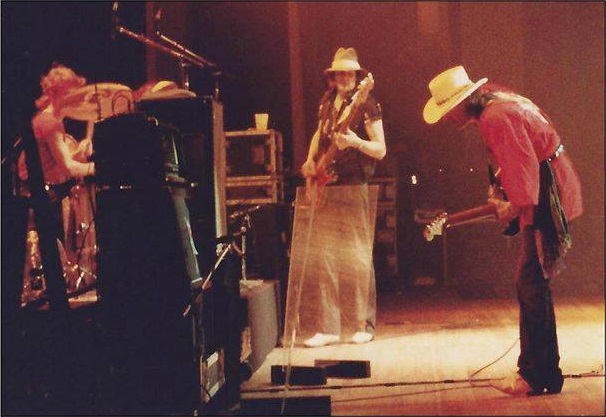 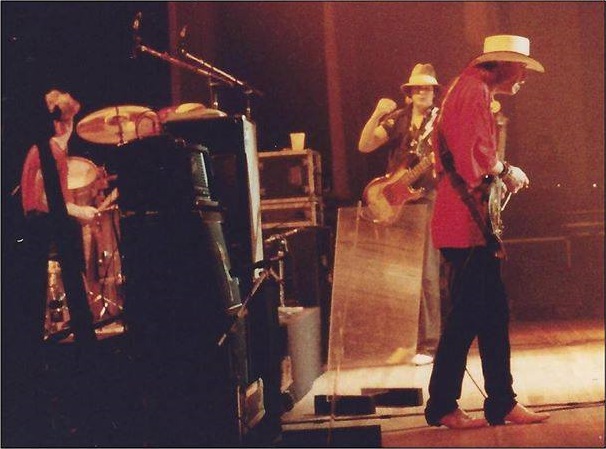 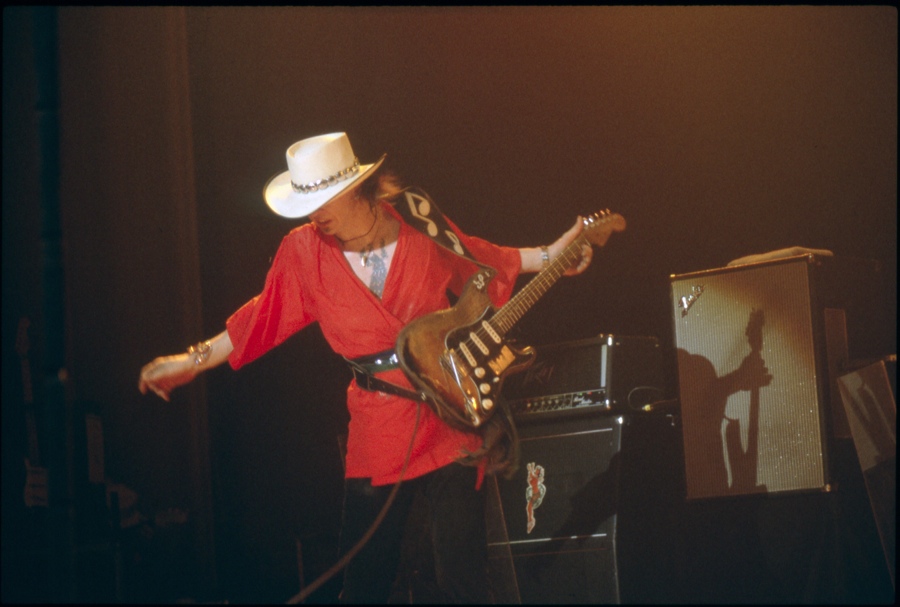 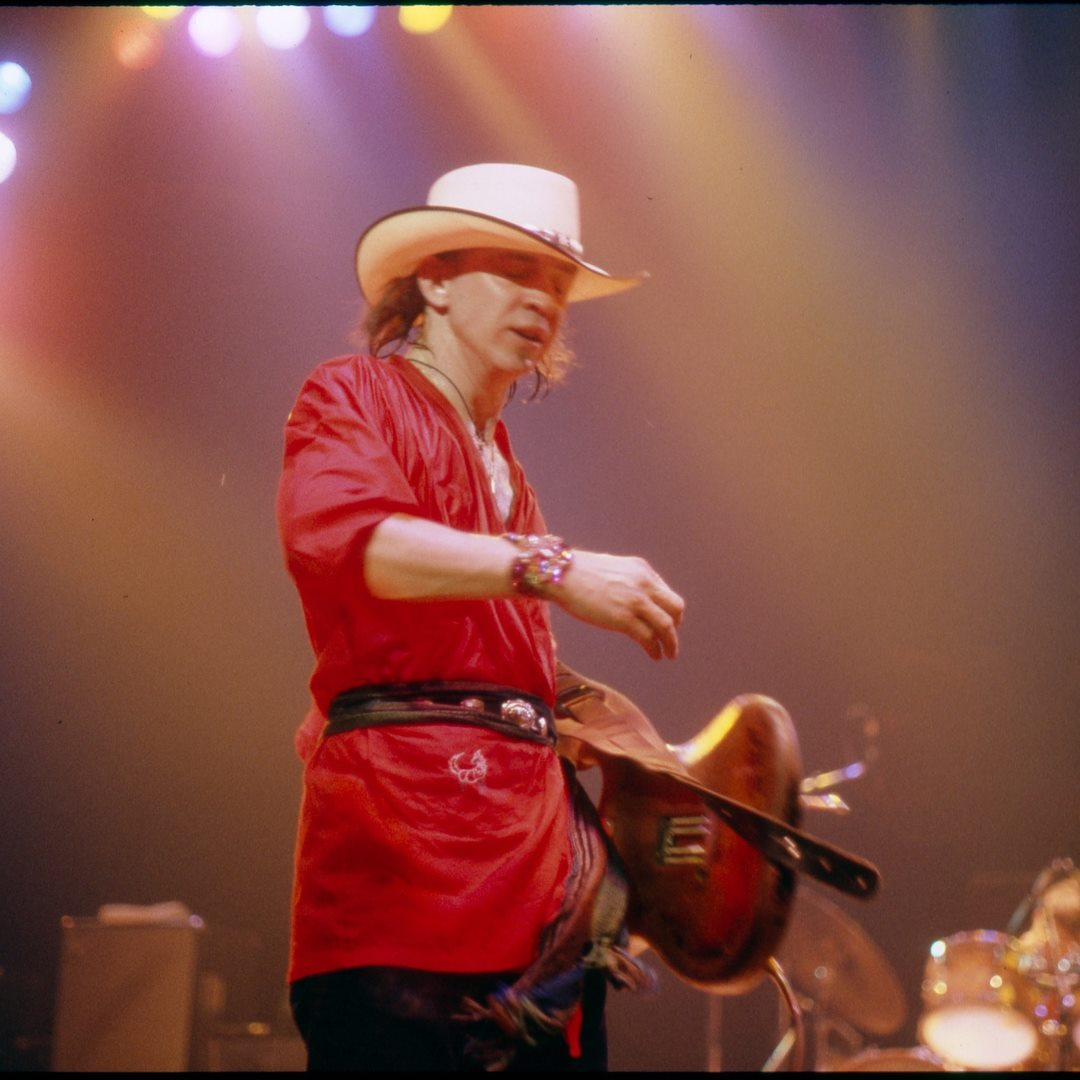 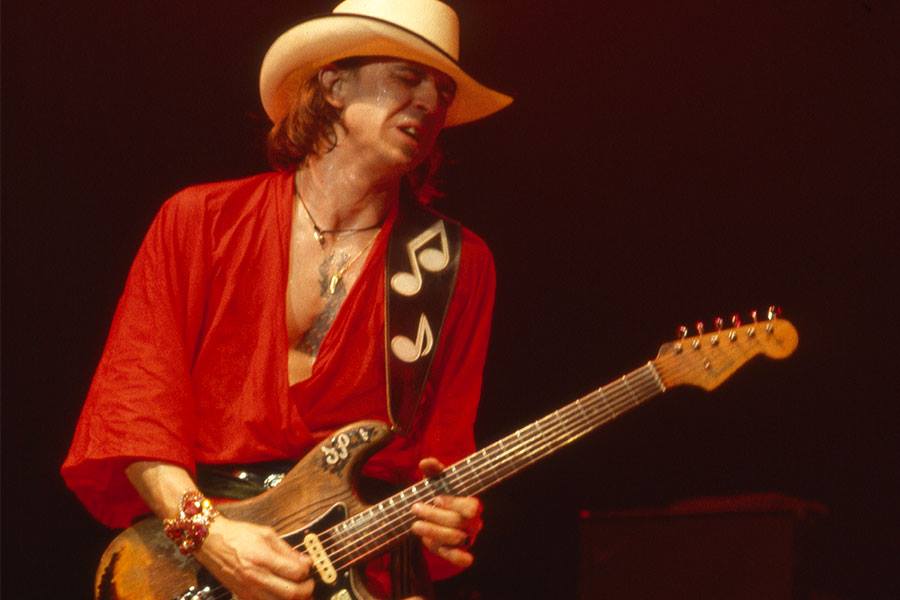 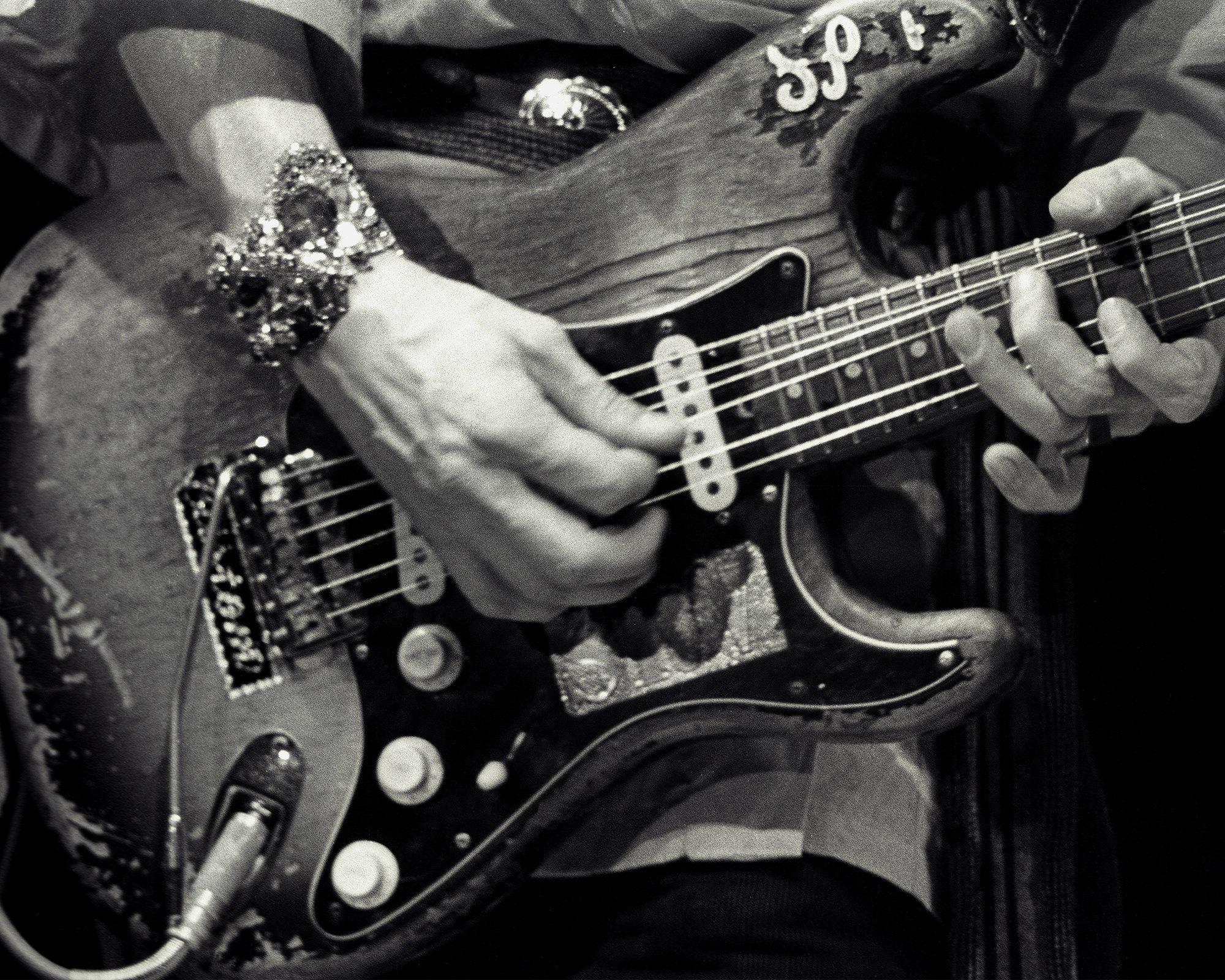 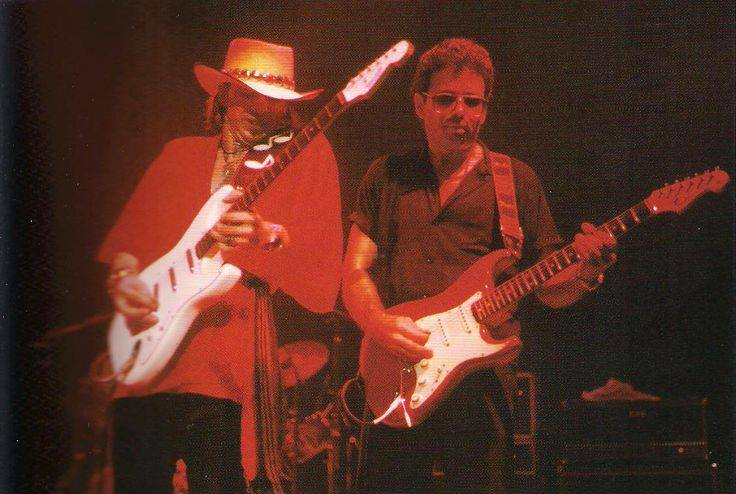 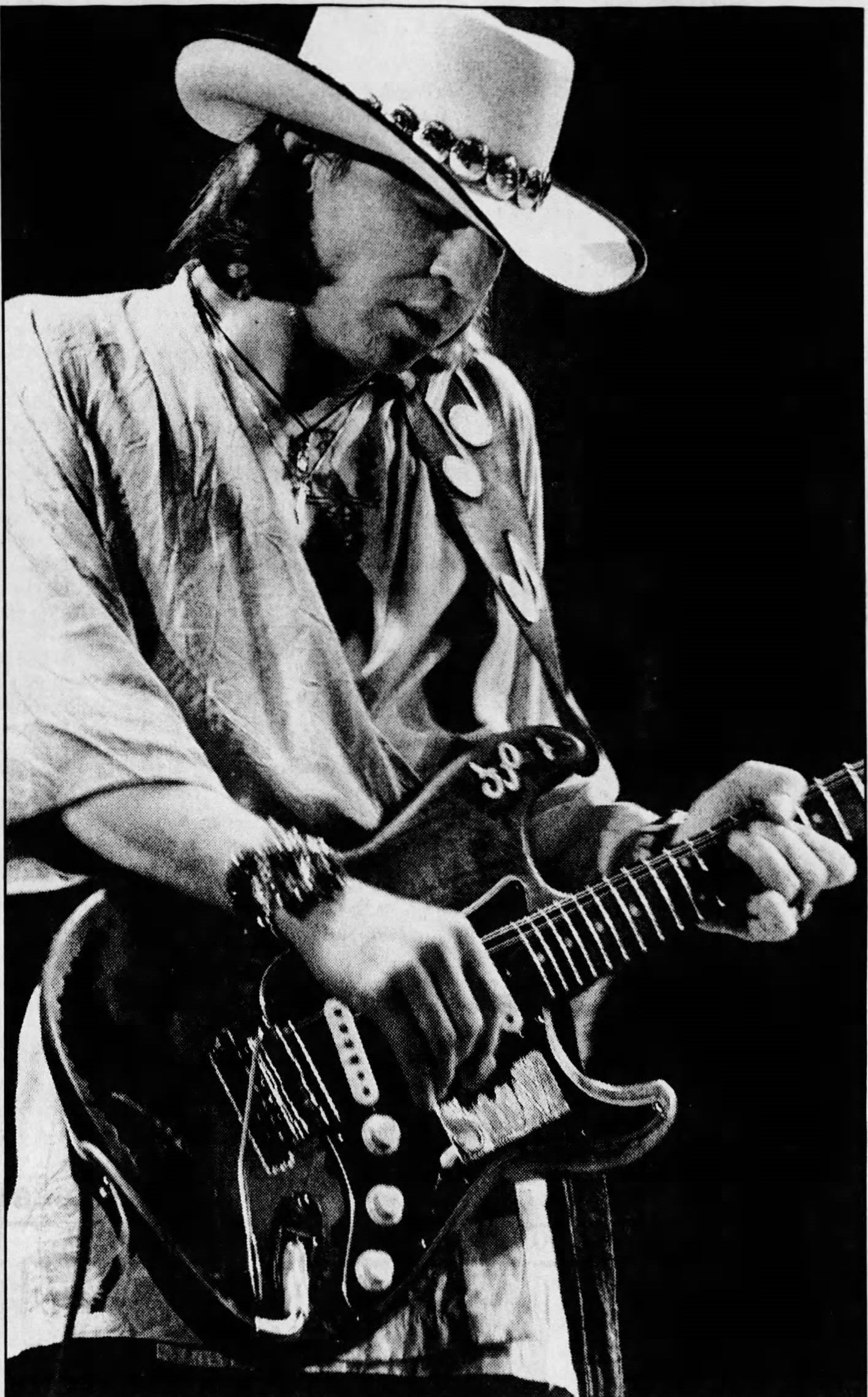 Stevie Ray Vaughan could have probably just shown up and lip-synced his records Saturday night at Palmer Auditorium, so strong was the partisan feel of the audience for their hometown guitar hero.

Of course, that's not exactly Stevie Ray's style, so he served up his usual rip-roaring live set instead.

Vaughan rewarded the faithful with all they expected and more, stringing together sizzling guitar runs and gut-wrenching vocals to create an extended seete of unabashed blues power.

Whether wailing through balladverts or romping through the uptempo instrumentals, Vaughan was mesmerizingly effective, eliciting screams of approval with almost every soaring solo.

Stevie Ray played almost everything in his repertoire and all of it was met with justifiable enthusiasm.

The earth-shaking opening of Jimi Hendrix's Voodoo Chile, one of the most powerful musical creations of modern rock, left the audience dazed but delighted while energetic Texas shuffles like Love Struck Baby had the audience dancing along and flailing away at imaginary guitars.

The only major musical surprise of the Vaughan show was the addition of guitarist Derek O'Brien halfway through the set.

There's nothing wrong with O'Brien's playing, but since there is something perfectly right with Stevie Ray's playing in the trio format it seems to be an unnecessary change.

There are multitudes of two-guitar bands already on the music scene, but precious few groups capable of producing the excitement generated by Vaughan in the lean and mean Double Trouble trio format.

Artistic growth is undoubtedly a positive thing, but in this situation the message is plainly summed up in the old folk wisdom of "don't fix it if it ain't broke."

Unfortunately the concert itself needed quite a bit of fixing as it was a logistic disaster of major proportions.

Fans who had floor tickets spent five or more hours standing in puddles of beer since there weren't any seats. People with tickets for what was supposedly reserved seating in the balcony arrived to find the seats already taken and ushers beating a hasty retreat to avoid dealing with the situation.

It was a mess all the way around and it was particularly sad since this was Vaughan's hometown audience, the people who have supported him the longest and who deserved considerably better treatment than what they received.

The Angela Strehli Band opened the concert with a short though substantial set that contrasted greatly with that of the second-billed band, Duke Jupiter, which played next.

Where Strehli and associates offered succinct, blues-drenched numbers, the Duke Jupiter band cranked out generic rock with more emphasis on stage mannerisms than on music.

The only purpose Duke Jupiter served was to prolong the wait for Vaughan, and considering the waiting conditions, that was a major disservice to everyone in attendance.