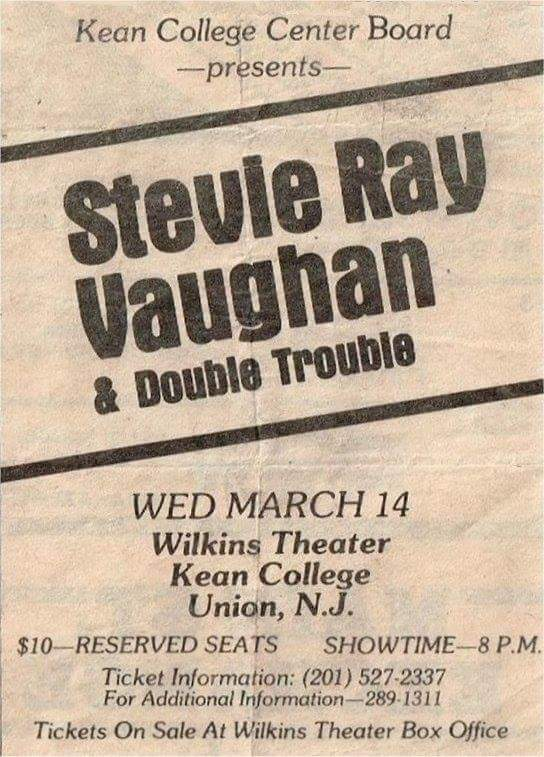 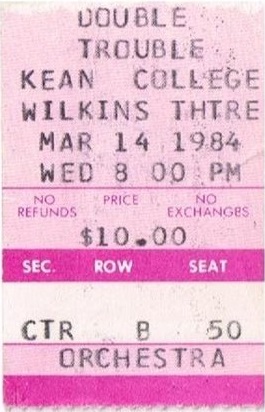 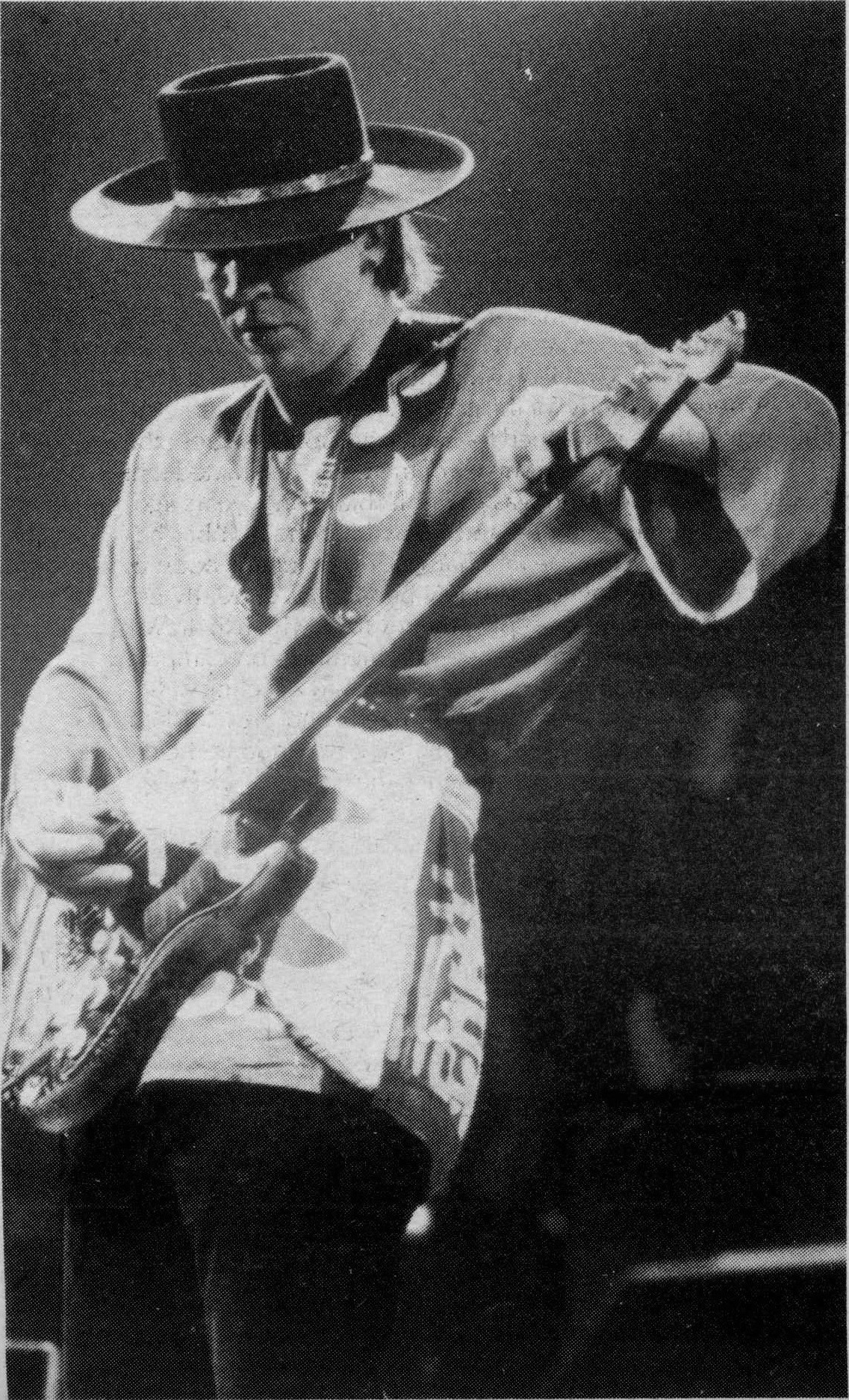 "It is difficult to envision someone less chic than a guitarist whose style is more giltedged than flash, whose hair isn't a rosy shade of green and who doesn't bare his chest between a black leather vest and pants.

But in a music industry studded with techno-pop where glitter and theatrics somehow substitute for talent, ability often doesn't stand on its own.

Then there is Stevie Ray Vaughan.

In an incredible performance last night at Kean College, this Texas-born picker entertained the crowd with licks so hot he could play barefoot in a pile of flaming embers and not get scorched. And despite all the incendiary connotations of heat with its reds, whites, oranges and various shades thereof, when Vaughan played, the colors radiated blues. Shades of love, sadness, passion, pain and tradition. All blues.

The repertoire consisted mainly of material from his new album, 'Texas Flood,' seasoned with instrumentals from old blues standards.

A disciple of Jimi Hendrix and B.B. King, Vaughan's electrified style isn't unlike that of fellow Texans ZZ Top, but his chords are more lush and the picking more intricate than his Lone Star brothers'. In short he relies more on skill than volume.

Opening with a fast-paced three-quarter-time instrumental, Vaughan and his band Double Trouble (containing only a bass and drums) ran through several wordless numbers. His picking was brash and he coaxed more sound out of his instruments than any guitar played has a right to. In 'Let's Make Some Romance,' [sic] he stayed close to his roots as he ran his fingers up the guitar's neck like a frightened spider scampering over a broom handle.

Vaughan, who played on David Bowie's 'Let's Dance' album (he provided the sophisticated guitar work on 'Modern Love' and other songs,) then whisked through 'Love Struck Baby,' a single from his LP. He then blazed through dozens of lead and chord variations that made one wonder where all of the guitarists extraordinaire have gone, for Vaughan is an incredible blues guitarist in the nouveau tradition. His instruments whined, cried, bellowed, shouted, thumped � virtually everything but talked.

Hendrix and Waters are gone. Clapton is still around but is content to play non-inspiring love songs. There is room at the top, and with so much mediocrity in the music world, it is time for someone new to carry the banner. His name is Stevie Ray Vaughn [sic]."

"Two great bands played the Wilkins Theatre last Wednesday night, proving that good old fashion Rock 'n Roll is alive and well and living in places like Richmond, Virginia and Texas. Steve Basset [sic] opened the evening with some great blues and country rock. What most probably expected was a decent warm-up band. What I got was a blow out! A young man at the keyboards was doing things with vocals that would make Chuck Berry proud. Speed and rhythm was the accent of this band. Extremely powerful and energentic [sic] saxophone and tremendous vocals also highlighted the evening. No new wave, no punk, no funk, just good old rock 'n roll.

The mistake of CCB was in not giving this band its own billing. The fact that Steve Basset [sic] plays as an opening band is only a tribute to the quality and popularity of Stevie Ray Vaughn [sic] and Double Trouble. Steve Basset [sic] has some fine musicians, I'm sure we'll hear more from them. I had never heard anyone play 'Only the Strong Survive' with such virtuosity and strength.

Even with such a blow away opening band, Stevie Ray Vaughn [sic] was still able to steal the evening with his high powered guitar. The stage darkened before the appearance of the band. A tiny flashlight glimmering out from behind the current flashes gave a signal to the audience of Stevie's arrival on stage. Little introduction, no preliminaries, Stevie began rocking.

Stevie Ray Vaughn [sic] is not an impressive stage figure. He appeared as a shy, young man in a blue kimono style jacket with a western hat. This shy, young man's stage presence derives directly from his guitar.

Guitar, base [sic] and drums rang clear at the Wilkins that night. The fact that there was no uncontrolled feed back at an event like this, is a tribute to digital technology. Stevie Ray Vaughn [sic] doesn't play songs; he plays with them. He takes rifts [sic] and the melodies and recreates them into complex guitar solos. Forget about straight sets of songs, breaks or lead-ins, this whole show is one man's personal relationship with his guitar. He plays it off the walls, the floor, his face, his back, in pure enthusiasm without the least indication of the ususal [sic] pumped up stage theatrics. Wednesday night was really a sight to see and I hope we will be seeing more of Stevie Ray Vaughn [sic]."