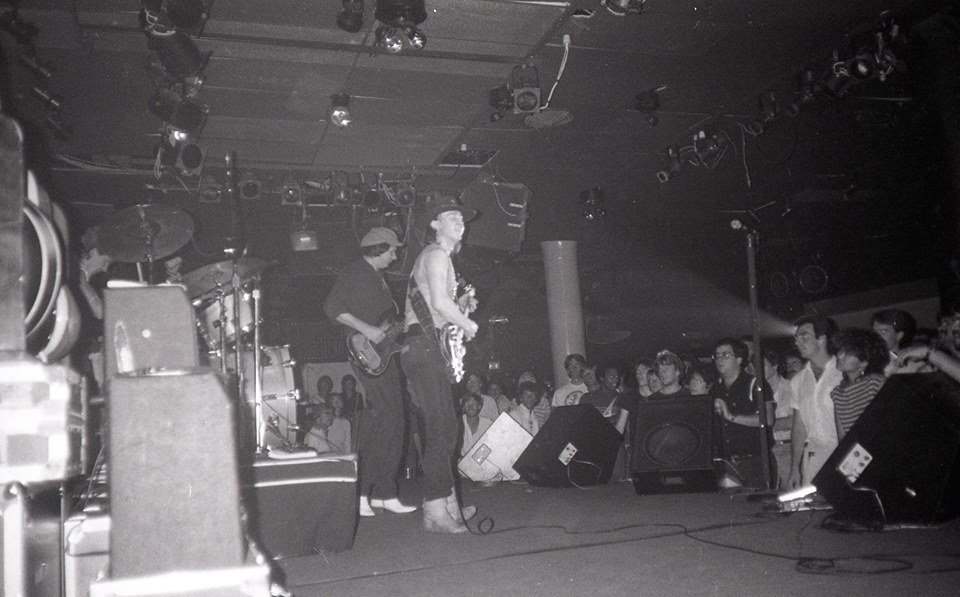 Performing with a superstar like David Bowie is supposed to be an honor, but for Texas guitarist Stevie Ray Vaughan it has been a mixed blessing.

Vaughan first met Bowie at the Montreux Blues & Jazz Festival in Switzerland last summer, and Bowie was so impressed that he asked him to play on his next album. Vaughan proceeded to add a funky palette of licks to Bowie's smash LP, "Let's Dance," and was invited on Bowie's world tour.

Now for the melodrama.

Vaughan pulled out of the tour when he realized that his regular band Double Trouble, with whom he'd been toiling in Texas bars for the past five years, was not going to open some of Bowie's shows as promised. He didn't want to leave his band in the lurch, especially with their own LP, "Texas Flood," on the way. Nor did he like the idea that Bowie's management sought veto power over any interviews he might want to do.

And then there was the unsightly issue of Bowie's paying his sidemen a maximum of $300 per show, despite his own astronomic intake of as much as $1.5 million for the recent US Festival in California. Bowie's tightness with the purse has made him the laughing stock of the press, especially in Europe.

"It was just one of those things that didn't work out," Vaughan said Sunday of his relationship with Bowie although it was revealed there was further resentment because of the Bowie video to "Let's Dance" which showed Bowie, a notoriously mediocre guitarist, playing guitar when in truth it was Vaughan playing on the song.

Life after Bowie, however, appears to agree with Vaughan. He is back with his gritty Texas buddies (bassist Tommy Shannon and drummer Chris "Whipper" Layton) and back to a raucous, raveup style of blues guitar that nearly levitated the Paradise on Sunday. The crowd was an undersized 300-plus (about 60 percent full), but they saw a show they won't soon forget.

Vaughan, the 28-year-old kid brother of Fabulous Thunderbirds' guitarist Jimmie Vaughan, established himself as a guitar hero of guitar heroes. With lightning technique and a dirty, lowdown, downright mean sound that echoed the early snorts of Jimmy Page and Jimi Hendrix, Vaughan played the kind of renegade blues-rock that would be appropriate car stereo music out on a lonely Texas highway.

Looking menacing in a black hat, cutoff blue shirt and jeweled Indian necklace, Vaughan savagely ripped into smokers from the new LP "Texas Flood" (including the boogie of "Rude Mood," dedicated to Lightnin' Hopkins) and no less than four Hendrix covers, breathing new life into all of them, especially the screamers "Voodoo Chile" and "Manic Depression."

Is there a market for a flashy blues-rock guitarist any more? That's hard to tell given the synthesized primness of today's charts, but Vaughan stands ready in the wings nonetheless.

Lost Tropics, on the other hand, laid a humongus egg on Sunday. Their new album, "The Lost Tropics," is a fun pop record, but their show was disastrously tedious. Pixie-like singer Monica Serra was often lost in an introverted haze.