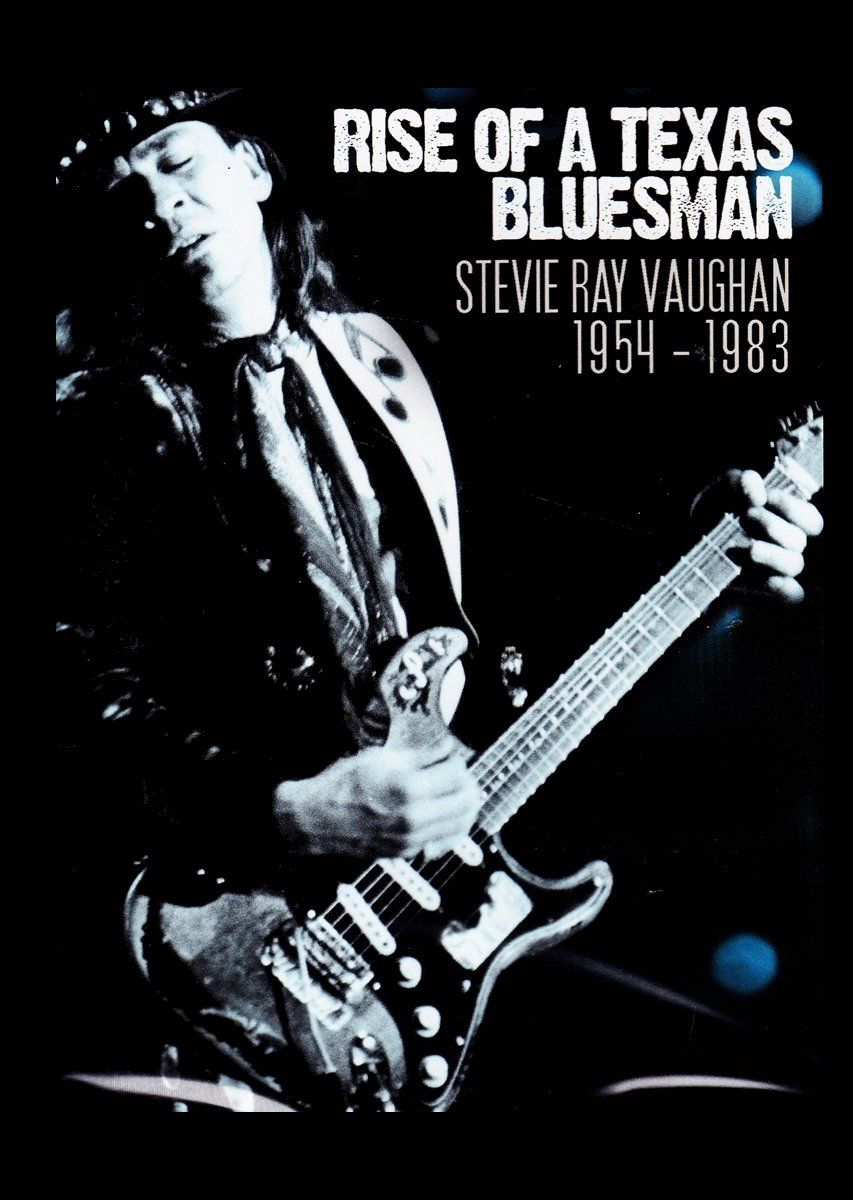 In the early 1970s a young guitarist from Austin, Texas began to make his name on the local blues circuit, committed as he was to a musical form many thought outdated. A decade on, that same guitarist became an international superstar. A player of passion, energy and awe-inspiring technical virtuosity,

Stevie Ray Vaughan not only brought the blues heritage of his home state to a global audience, he reinvigorated the genre itself, introducing it to a new generation of listeners in the process. This film reveals and dissects the formative years of Stevie Ray Vaughan's career his influences, his first recordings and the bands with whom he honed his craft and traces the history of Texas blues itself, identifying Vaughan's place within this larger tradition.

It is the journey of both a musical form and the single-minded musician who brought it firmly back into the spotlight after decades of neglect. Featuring rare archive footage, exclusive interviews, contributions from the musicians with whom Stevie Ray worked and the people who knew him best, seldom seen photographs and a host of other features which all at once provide for the finest document on the celebrated late guitarist yet to emerge. 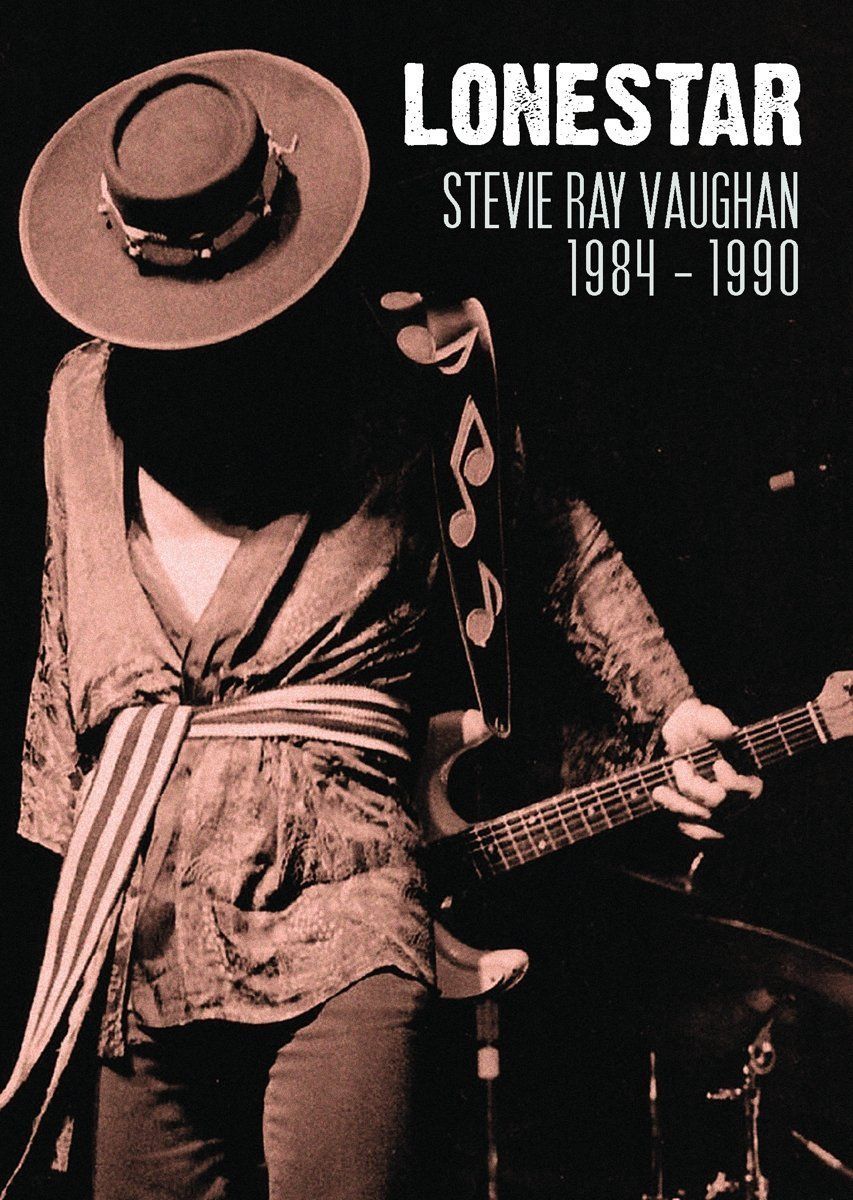 In the mid-1970s, when Stevie Ray Vaughan first emerged as a modern blues guitarist with unparalleled ability and passion - skills which distinguished his playing from that of just about all his contemporaries - the blues world he represented had little impact in the mainstream market place. So despite his obvious gifts, he struggled to secure a record deal. But by the time his debut album, 1983 s Texas Flood, was finally released, the tide had turned and Stevie Ray not only became an international phenomenon, but was also of paramount importance in the revitalisation of the blues genre.

This film traces and reveals the full, previously un-told story of Stevie Ray Vaughan s glory years, the period between the release of his debut album and his tragic death in a helicopter crash in 1990. Featuring; rare film footage, exclusive interviews with many close friends and confidantes, contributions from the industry professionals and music writers who documented SRV s career as it unfolded, seldom seen photographs and numerous other features, which together make this program the finest documentary yet on the personal life and career of Stevie Ray during his most fertile and productive era. 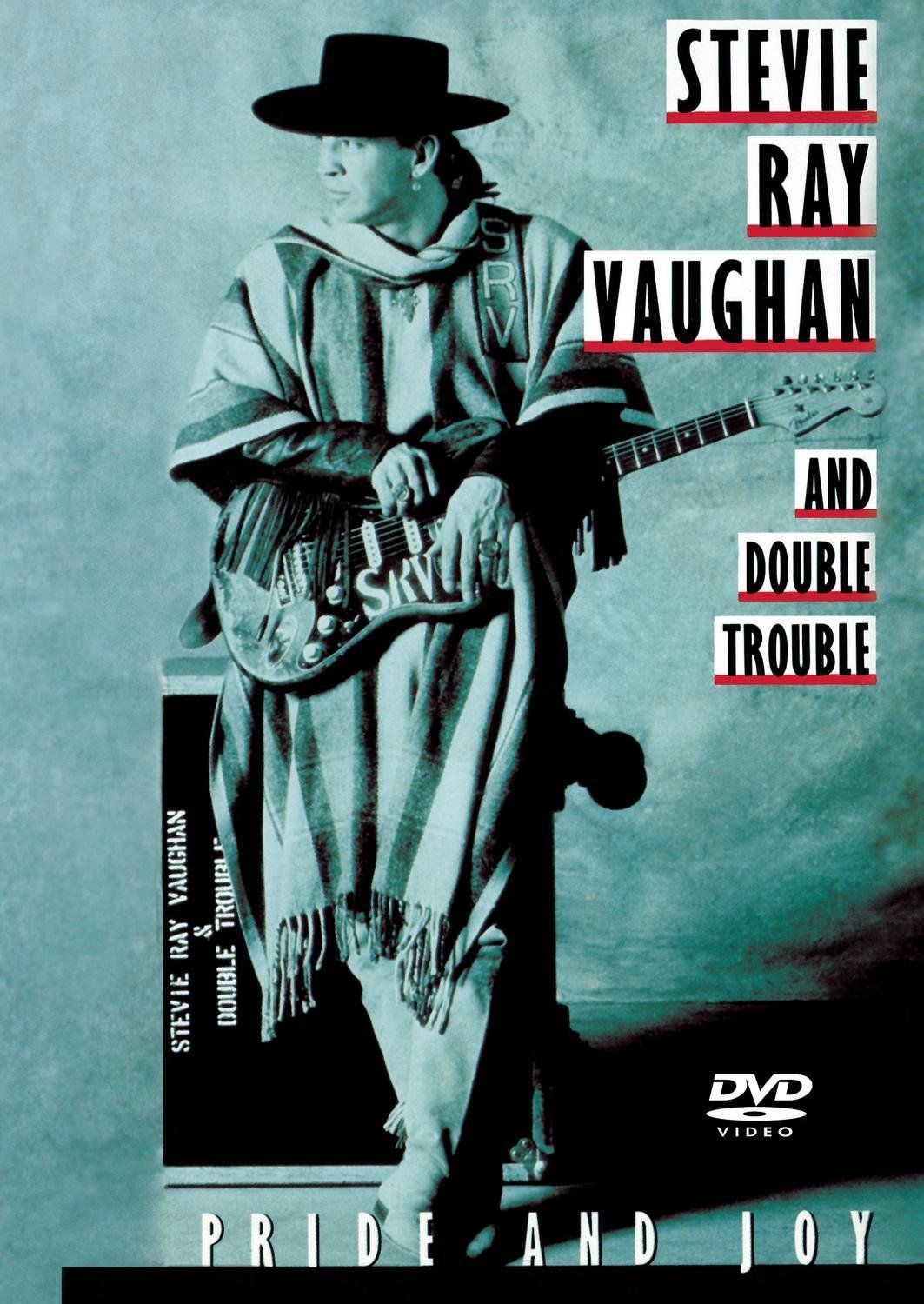 Compilation of Stevie's official promotional videos. The real bonus here is the inclusion of the three previously unreleased tracks that Stevie recorded for MTV. 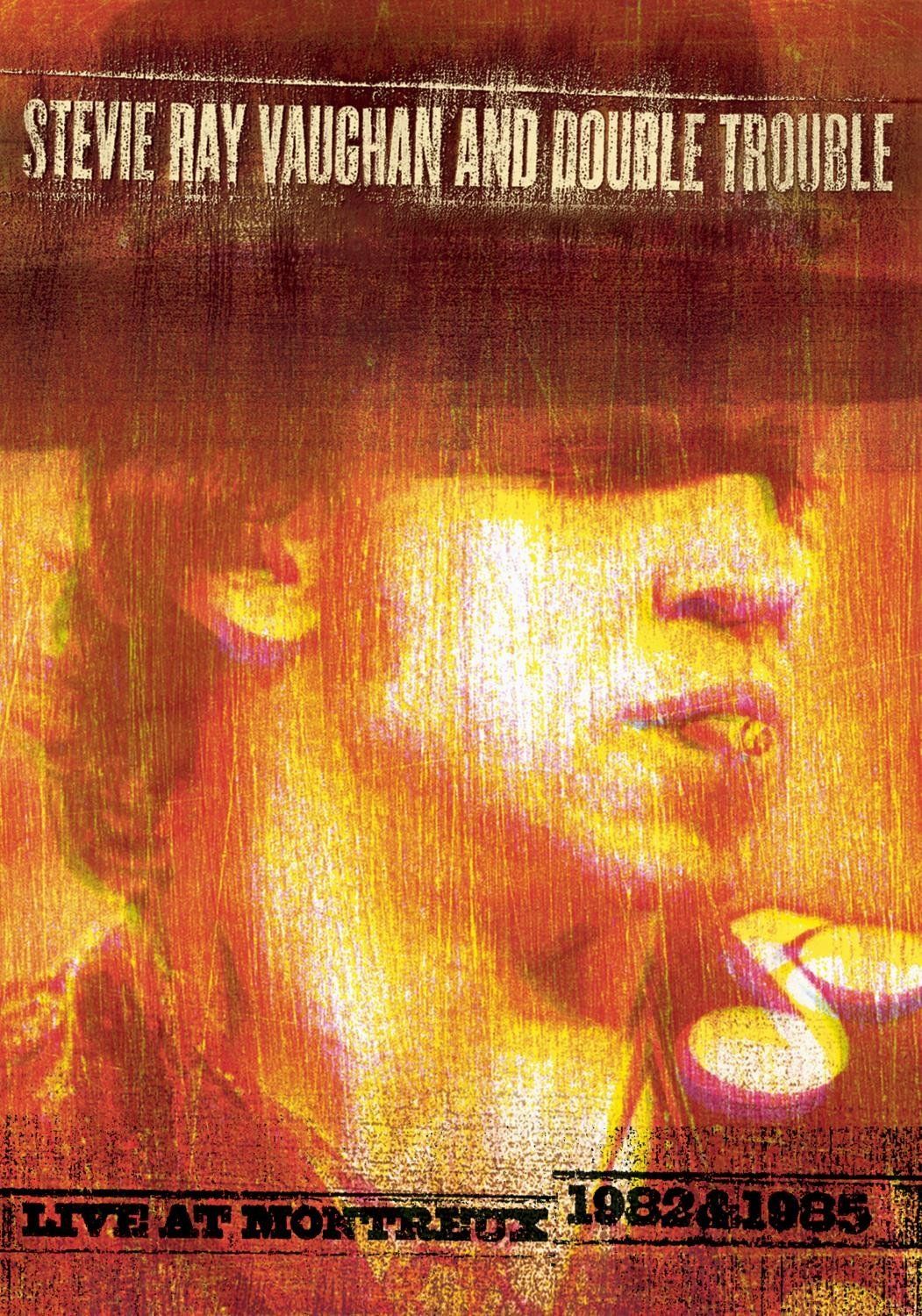 Spaced almost exactly three years apart, these concerts (60 and 93 minutes, respectively) represent the Texan blues god at his fiery best, with Double Trouble (drummer Chris Layton and bassist Tommy Shannon) laying the solid foundation upon which SRV built a Fender-driven sound as fierce as it was perfectly refined.

The '82 show was truly "success in disguise," because despite booing from a festival audience lulled by a day of acoustic blues, and the stunned dejection that SRV felt after persevering through a uncompromising set, this was the turning point in SRV's career, leading to post-show encounters with Jackson Browne and David Bowie, who proved instrumental in bringing Stevie's music to an appreciative global audience.

When the band returned to Switzerland three years later, with organist Reese Wynans adding rich new dimension to the Double Trouble sound, the Montreux crowd was primed for a rip-snorting set, and SRV's jubilant response is a joyous thing to witness.

Recording quality is superb in the Montreux tradition, with 5.1-channel remixes that surpass the original masters. A splendid 23-minute documentary features retrospective interviews with Layton, Shannon, Browne, and John Mayer, and the accompanying booklet includes a heartfelt reminiscence from Bowie. Stevie Ray may be gone, but Live at Montreux ensures that his gold-standard legacy will endure. --Jeff Shannon 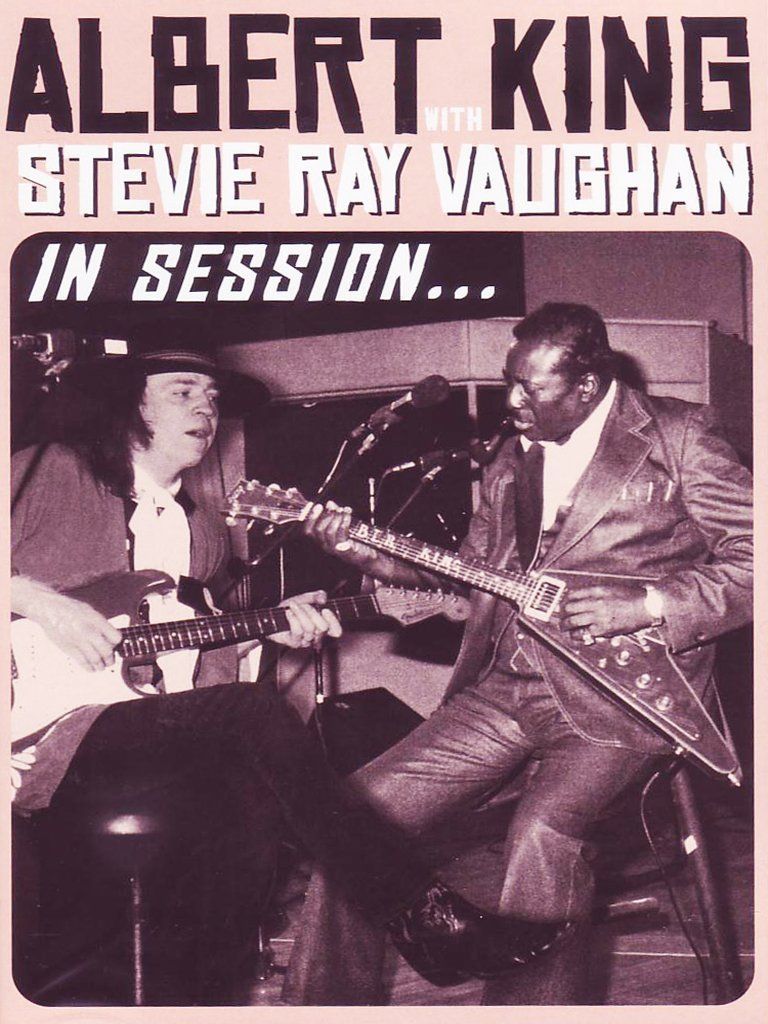 In Session with Albert King 2003

Recorded in December 1983, In Session captures an in-concert jam between Albert King and Stevie Ray Vaughan, the latter of whom had become the hot blues guitarist of the year thanks to his debut Texas Flood, as well as his work on David Bowie's hit Let's Dance.

Vaughan may have been the new news, but King was not suffering, either. He had a world-class supporting band and was playing as well as he ever had. In other words, the stage was set for a fiery, exciting concert and that's exactly what they delivered.

Vaughan was clearly influenced by King - there are King licks all over his first two recorded efforts, and it was an influence that stayed with him to the end - and he was unafraid to go toe-to-toe with his idol. King must have been impressed, since In Session never devolves into a mere cutting contest. Instead, each musicians spurs the other to greater heights. 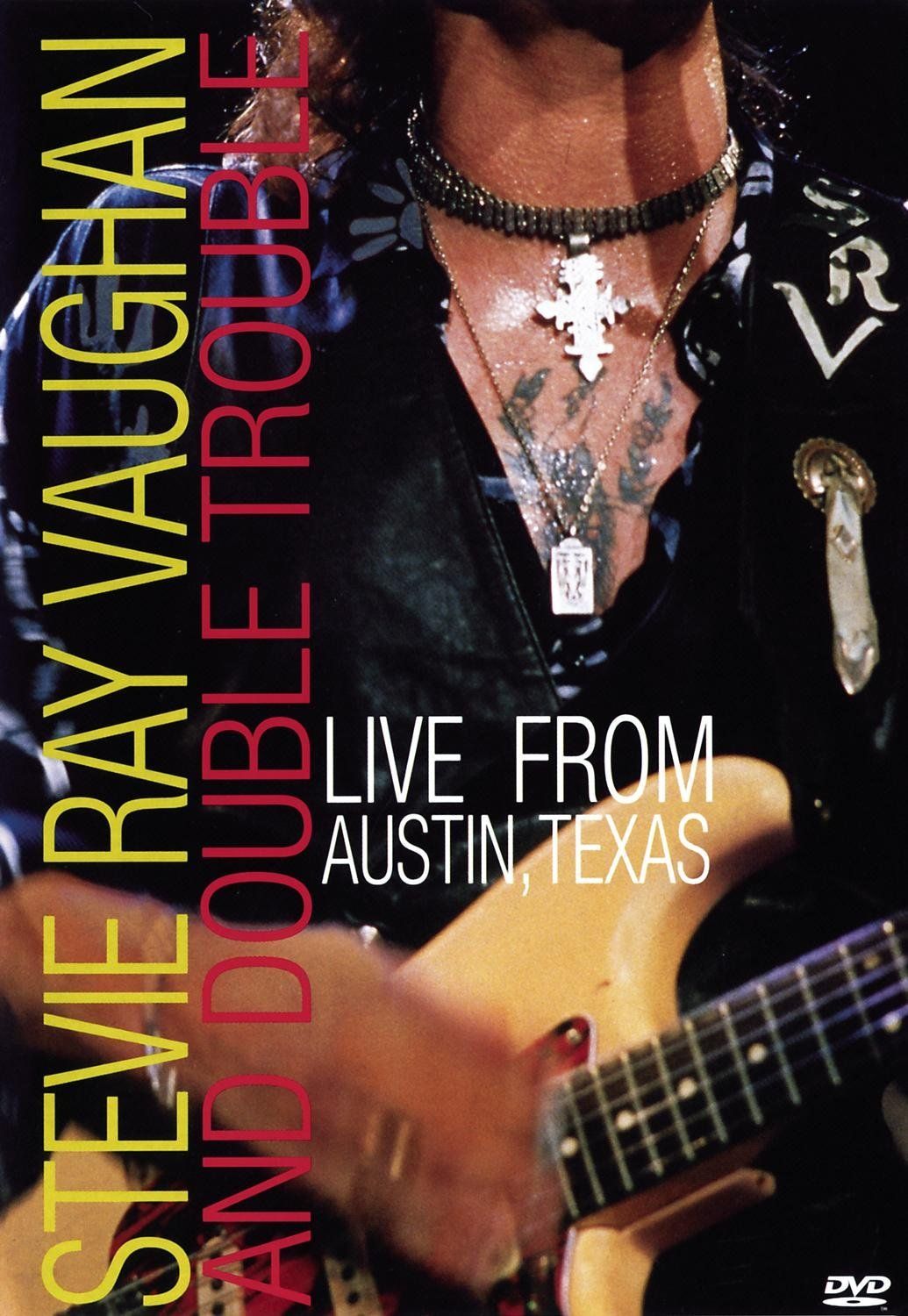 Few guitarists ever mastered the Fender Stratocaster like the late, great Texas bluesman Stevie Ray Vaughan, and this video collects both of the sizzling appearances th at Vaughan and his solid band, Double Trouble, made on the American PBS concert series Austin City Limits.

Combined to form the most popular programme in the show's distinguished history, the concerts were taped in 1983 and 1989; both provide a valuable portrait of Vaughan's astounding artistic development.

The performances serve as bookends to Vaughan's brilliant career with Double Trouble, showing (in the words of producer Terry Lickona) a striking contrast between "zero self-confidence" and "pure magic", but in both cases you can see a master at work. Songs include "Pride and Joy", "Texas Flood", "Voodoo C hile", "Cold Shot" and "Riviera Paradise". -  Jeff Shannon 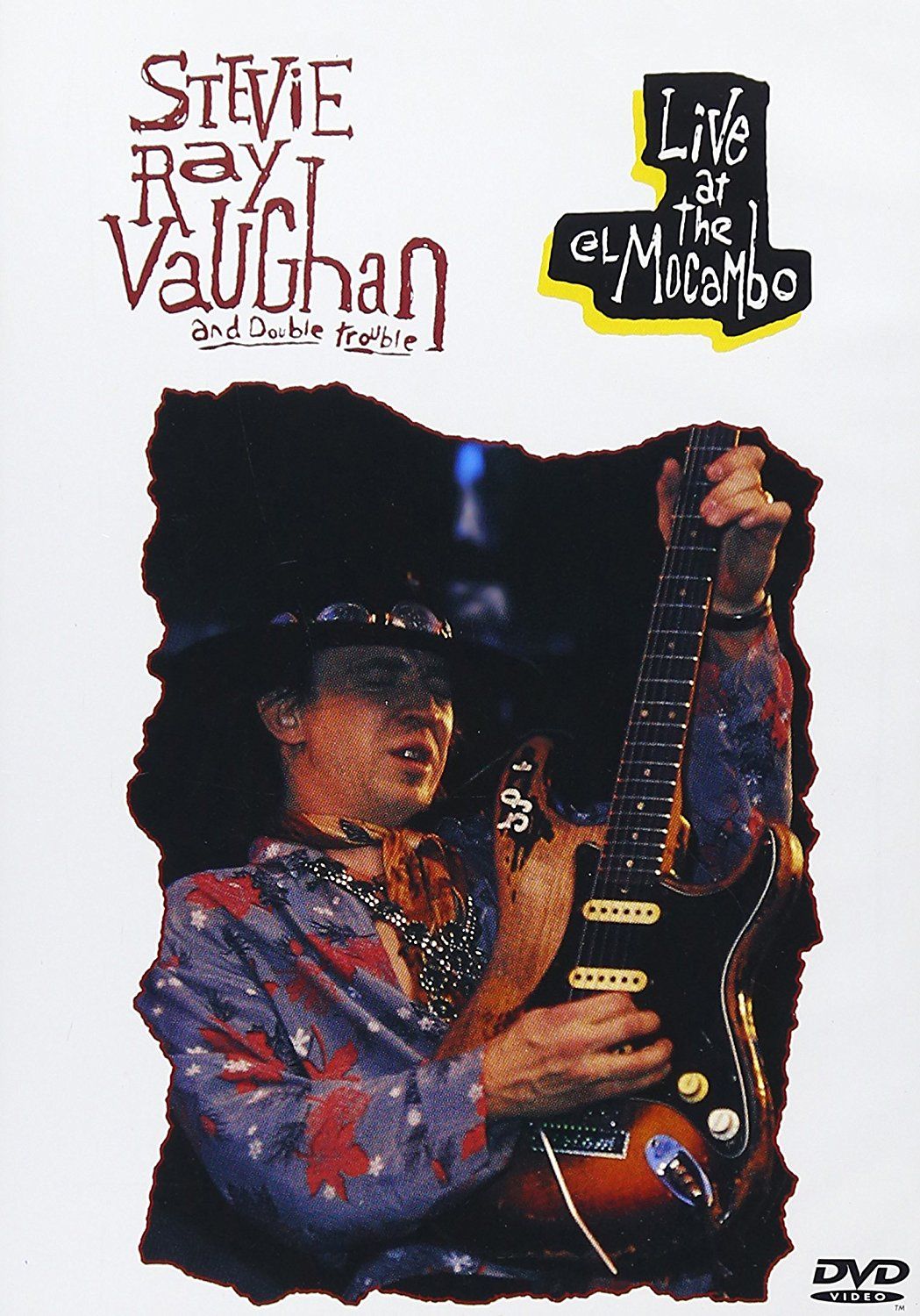 The venue is the El Mocambo club in Toronto, a dark, smoky joint with a laid-back but appreciative clientele. Stevie, drummer Chris Layton and bassist Tommy Shannon share the tiny stage. The guitarist, bedecked in trademark hat and alligator-skin boots, is pale of complexion, sweating from the heat and physical exertion, and physically much smaller than Shannon, who towers over him. But Vaughan dominates, as much by the magnetism of his flamboyant personality as his guitar playing.

And what playing: by turns fiery, funky, then limpid and surprisingly graceful. Here is an authentic blues artist captured in the throes of living through his music. At this early stage in his career he was still very much in thrall to Jimi Hendrix (the flower-power shirt gives it away), as covers of "Voodoo Chile" and "Third Stone from the Sun" (the latter a Hendrix-inspired guitar-abuse session) indicate.

The highlight of the show, however, is his rendition of "Texas Flood" which turns out to be an amazing essay on the art of blues guitar. This is a raw, intimate and spontaneous record of a one-off event. All fans of the blues will be grateful to those who had the foresight to capture it on film.